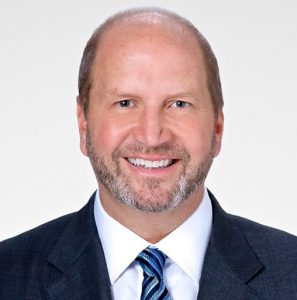 Dr. Crabtree has been a plastic surgeon for over two decades. He retired as a Colonel from the US Army where he was a plastic and reconstructive surgeon at Tripler Army Medical Center in Honolulu, Hawaii. His surgical practice focused on post-traumatic, oncologic and congenital defect reconstruction. He also directed the largest federal craniofacial team in the Asia Pacific region and helped change the lives of truly hundreds of children and their families. During his military service, Dr. Crabtree served multiple combat tours including rotations as a trauma surgeon with the United Nations Protection Forces in the former Yugoslavia and as a trauma and plastic surgeon in Baghdad as part of Operation Iraqi Freedom. His military awards include the Legion of Merit, Bronze Star, Defense Meritorious Service Medal, Humanitarian Service Medal with 2 oak leaf clusters and multiple UN and Foreign Service decorations. He also worked on a number of large humanitarian assistance efforts ranging from earthquake and tsunami responses to HIV/AIDs programs and multiple Operation Smile missions around the globe.

“Dr. Crabtree is AMAZING! He came highly recommended to me and I can see why! I felt so comfortable and at ease the minute I met him during my consultation. He took his time explaining the procedure and addressed any questions or concerns I may have had. I’m SUPER happy with the outcome and his work is seriously amazing! I cannot say enough great things about Dr. Crabtree and my overall surgery experience. 5 star for sure!!”

After leaving the Army, Dr. Crabtree practiced with the Hawaii Permanente Medical Group for over five years with a focus on cosmetic surgery and breast and skin cancer reconstruction. He also helped start a private company that delivers healthcare services in remote and challenging environments. During the recent Ebola crisis Dr. Crabtree and his company were asked to run the clinical operations of the US government’s response in Liberia and did so from late 2014 until Ebola was defeated in the spring of 2015. Since his return, Dr. Crabtree continues to build a concierge practice with a focus on aesthetic and reconstructive procedures, including breast augmentation and enhancement, abdominoplasty and body contouring, skin cancer reconstruction, and more. He is past president of the Hawaii Plastic Surgery Society and served on the Board of Governors of the Hawaii Medical Association. He serves on several nonprofit boards.

Dr. Crabtree was born and raised in Boston. He’s a graduate of Harvard and Stanford. He completed his general surgery training in San Francisco and Tucson and his plastic surgery training in Washington DC and Baltimore. He lives with his wife Jessica and daughters Haley and Piper on Oahu’s Windward side and bookends his days at the office and hospital with surf sessions whenever and wherever possible.